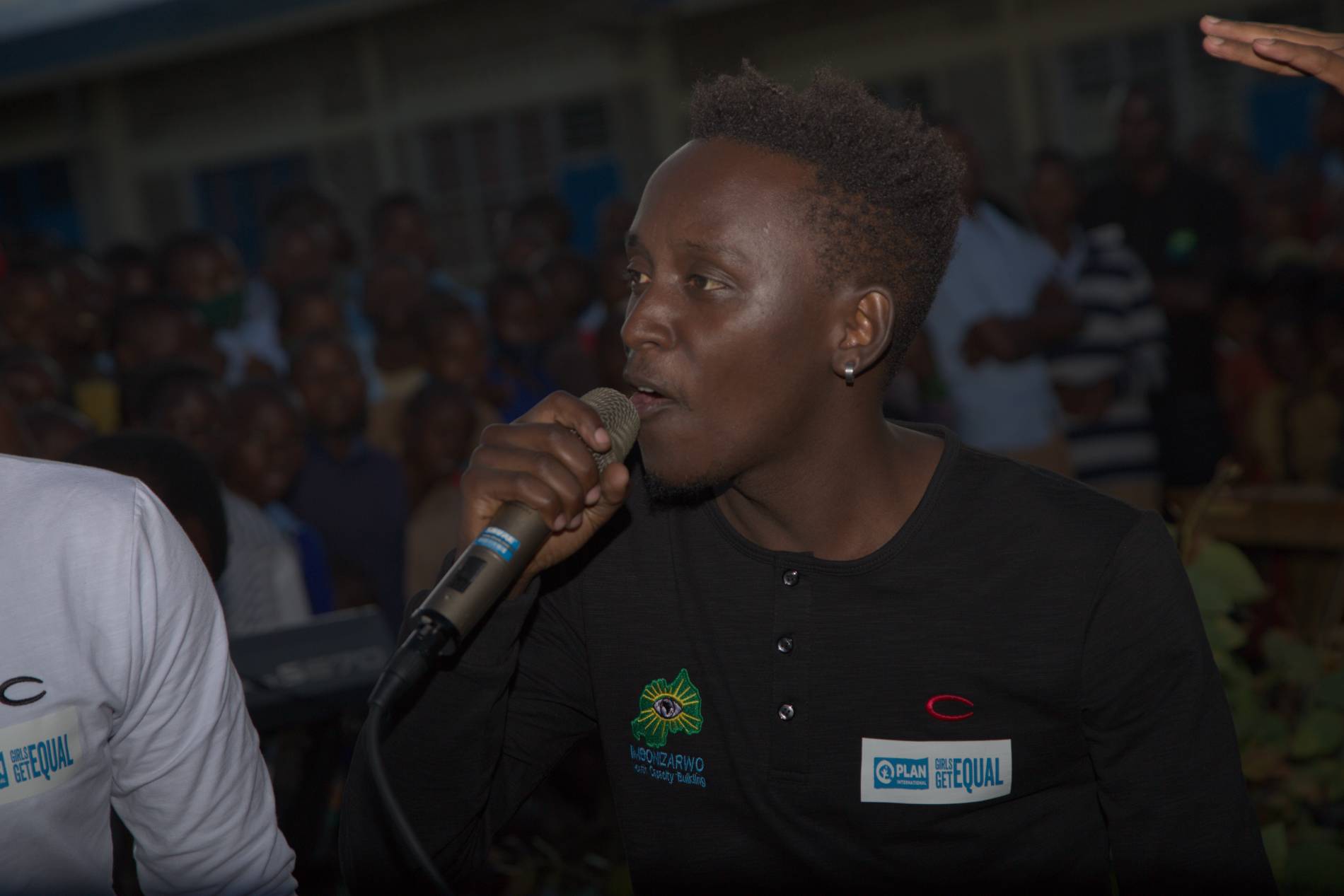 Art remains one of the most effective tool to convey messages to the youth. It is the same tool that Imbonizarwo, a non-profit organization founded by the alumni of former School of Finance and Banking (SFB), currently College of Business and Economics (CBE), is using to raise awareness against teenage pregnancies.

Alice Ishimwe, the organization president said the idea to start up Imbonizarwo came into force to contribute to the government’s continued efforts to find fight teen pregnancies in their respective communities.

Ishimwe is convinced that arts, especially music, is one of the most effective tools to spread their message because it has a big place in the lives of the youth.

“Teenage pregnancies are a big problem not only to the pregnant young girls but to the society at large, which is why we felt we could join the cause and raise awareness against teenage pregnancies in school using arts,” she said.

“We are counting on music and arts in general in this campaign because we believe it’s the best channel that can help us communicate with the majority of youth. With music, the message remains for years and can reach everyone,” she added.

As a result, the Imbonizarwo youth have for the past few weeks worked hand in hand with a band of young musicians from Nyundo School of Arts and music toward a successful campaign.

During the campaign, the youth organization has been doing community country outreach activities which not only raise awareness against teen pregnancies through music but also help teen mothers rejoin the families that kicked them out.

They also equipped some teen mothers with different vocational training skills after which they supported them with funds to start small businesses.

Schools are now on Imbonizarwo youth’s radar given the fact that many young girls drop out of school after getting impregnated at a young age.

The campaign in schools started a fortnight ago at ESSI-Nyamirambo and the youth target to reach more schools in Kigali and then spread the campaign countrywide as long as they get needed support.

“We don’t want to see the lives of young girls ruined because they deserve a better life, a better future. Within our means, we will do whatever we can to contribute to the fight teen pregnancies and, if we get more support, the impact of the campaign can deliver better results,” Ishimwe said.

Rapper Karigombe is one of the Nyundo Music school band working with the youth organization during the ongoing campaign. The band, which was also named Imbonizarwo, has so far produced a series of songs, with messages aimed at raising awareness against teen pregnancies.

The song that is used most often in the campaign is 'Wirarikira Kujyayo', loosely translated as 'Don't be tempted to go there'.

The rapper said he and his colleagues in the band were convinced to join the cause so they can contribute to efforts to fight the vice in the community, with schools the main spot for teenage students.

“It is my responsibility to use my music not only to entertain but to also educate. Teenage pregnancies among teens is worrying but we can win the battle if everyone shows their contribution. Our contribution is using our music talent to spread the word,” the rapper said.

“I may use rap slang in my music not only to keep youth engaged but to also ensure that my message calling them to avoid pregnancy at a young age reaches them with success,” he added.