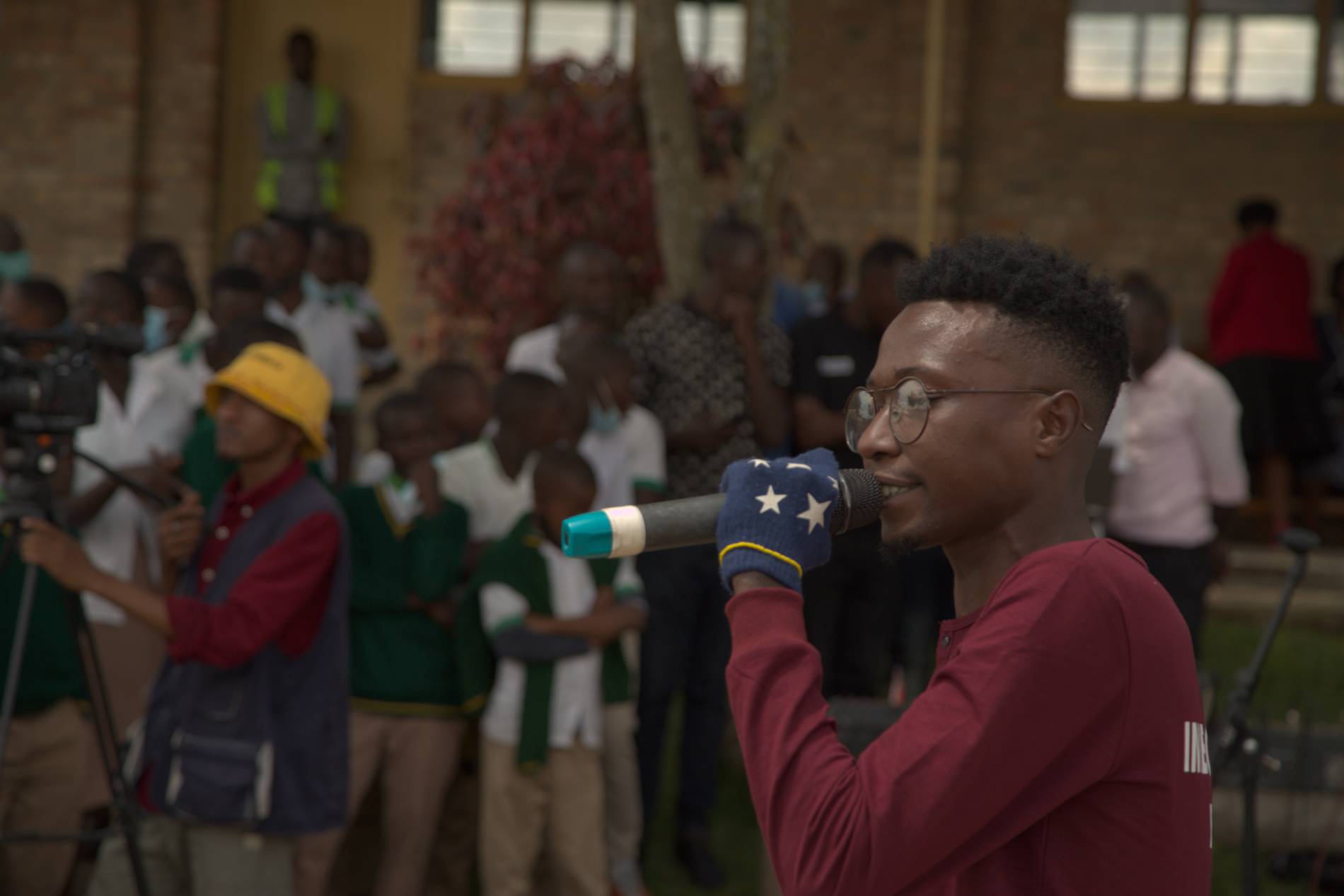 How youth organisation is fighting GBV, teenage pregnancy through art

IMBONIZARWO is a youth-led Non-Government Organization that is aiming to fight Gender Based Violence, unwanted pregnancy among teenagers and promoting peace through art.

It was created by Jean Pierre Kwizera, as a club in 2014 at the University of Rwanda with the overall objective of harnessing acquired academic knowledge and competences to empower communities across the country.

Imbonizarwo was provisionary certified by the Rwanda Governance Board (RGB) since the end of 2018 and granted a final working permit as a recognized Rwanda NGO at the end of 2019.

Currently some of its core programs are: Promoting the culture of peace, unity and reconciliation through talents (Arts), dramatic performance and creating free spaces for intergeneration peace dialog and promoting learning by doing, creativity at innovation, talent development and practical training on SMEs to the young generations.

The group that comprises of singers, band, movie actors and actress as well as theater players, recently released a song dubbed ‘Wimuroha’ that aims to fight against unwanted pregnancy among teenagers.

“We decided to make this song because gender based violence mostly among young girls was becoming too much especially during this Covid-19 pandemic,” Kwizera said.

“We focused on the law that punishes whoever commits sex offence to an underage girl, letting them all know the consequences that affect them, the teen mother as well as the entire Rwandan family at large.”

Their band consists of 6 boys and 3 girls who all studied music professionally at Nyundo Music School; like Siti True Kaligombe who recently released his first Extended Play.

Through their project themed “interconnecting generations through shared peace experience and learning from each other” the group has reached over 75,000 youth and teenagers in high schools, universities and influencing youth leaders in 7 Districts and educated on peace building.

“We call on all Rwandans and partners to work with us in creating the changes we want to make and ensure that the lives of youth are improved as mentioned in Imbonizarwo core values,” said Kwizera.

Imbonizarwo has worked in collaboration with Ministry of Education, University of Rwanda, Ministry of Youth and Culture, Ministry of Local Government and other related Government Institutions as well as some Private Sectors and NGOs like: Plan International, UR-CCM, and KASNEB Rwanda.